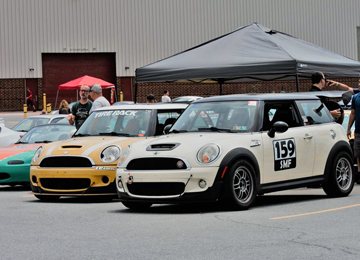 At our last meeting, our loss of the use of the Farm Show lot beginning in 2019 for our autocross events was discussed.  Revisions to their parking lot will be undertaken and they will not allow vehicles to travel at a speed of over 15 miles per hour.

I pointed out that the Farm Show had just been leased to Lancaster-based Blackford Ventures, the venture capital company, with a bid of $200 million for a lease lasting 29 years.  Henry wondered if Blackford Ventures was instrumental in prohibiting our use of the lot, and offered to investigate.

If Blackford was prohibiting our use of the lot, they would be violating the Governor and the Administration’s publicized positions on the lease as follows:

I said I would talk to the Farm Show staff to determine Blackford’s position on the speed limitation and how he could arrange to contact a representative of Blackford to discuss the issue.

Discussion with Farm Show staff has now made it clear that Blackford had nothing to do with the limitation on speed.  Rather, that was a position taken by the Farm Show as part of their capital improvement plan which includes parking lot paving, moving ticket booths, a roundabout, green spaces and pedestrian corridors.  Those changes could result in making the lot unusable for an acceptable autocross course design.  However, if it is still usable, after the changes are made, we could conceivably talk to the Farm Show staff about reconsidering the speed limitation.  That is for the future.