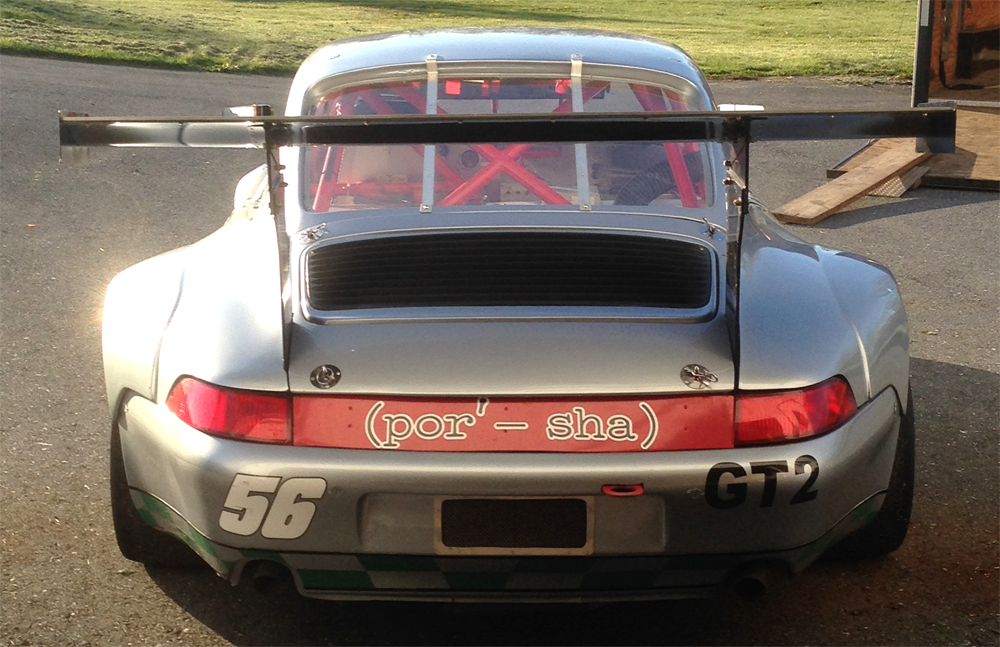 I’ve always thought that having a purpose built race car with removable body panels that allow easier access to components would make racing easier. Since these cars are constructed for the specific purpose of racing, they have no unnecessary extra metal or components. This allows for the lowest possible weight. Furthermore, their suspensions are optimized for handling and provide every needed adjustment for toe, camber, and so on.

Conversely, door slammers, otherwise known as production cars, converted into race cars can be difficult to access certain areas. They typically have body and other panels that block access to components such as the engine, transmission, electrical, and suspension. Additionally, their stock body panels, initially added to promote strength and safety of their structure, add substantial extra weight. Of course many of these panels can be removed upon converting the car from street to race car, but at the risk of compromising chassis strength or violating the sanctioning body rules.

So when the most recent car built by Gus Rosenberg came up for sale again on eBay, I couldn’t resist. Gus had built this car during a period from 2006 to 2009. Like Gus’s current race car, it is a tube frame Porsche 911 targeting the SCCA GT2 class. Gus already had been campaigning his other GT2 Porsche for a couple years when he decided to build a second car for fun.

The frame was designed and built by Gus from scratch. It utilizes a Porsche 993 rear suspension and a custom designed upper/lower control arm front suspension. It has a lower A-Arm setup similar to a vintage 911 with a custom upper control arm and coil overs instead of the McPherson strut common on vintage Porsches. The motor is an air cooled Carrera 3.2 with bigger jugs making it a 3.4 with around 370hp. This is backed up by a Porsche 915 five speed transmission. It weighs around 1900 pounds dry. It should be a real hoot given that my current door slammer weighs the same, but has around 190 horsepower. That and the huge slicks (12” wide in rear) should make it a real monster on the track. 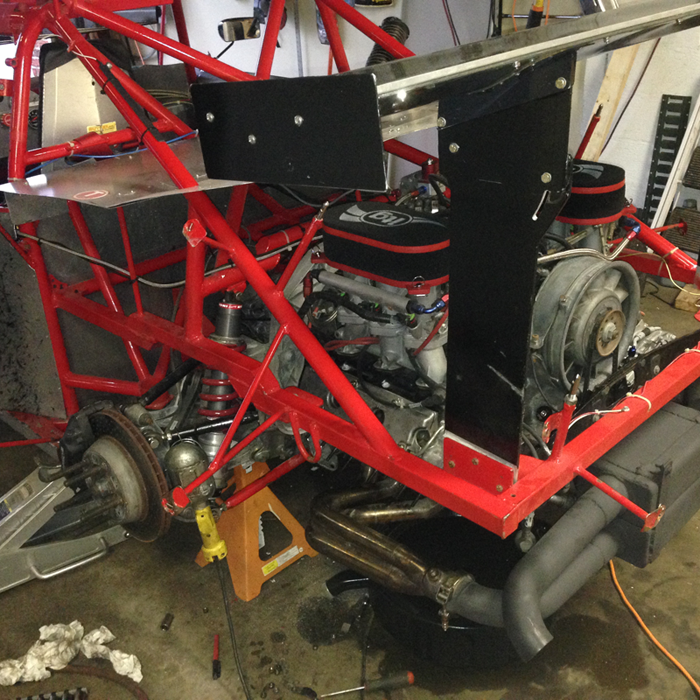 The body is fiberglass with lexan windshield and windows. My friends in the Porsche club have been ribbing me about purchasing a Corvette, which they refer to as the plastic fantastic. So this should really irritate them—A plastic Porsche!  For some reason, they’re keen on having a metal car, which I don’t understand. Look at any of the ultimate race cars, and you won’t find metal bodies on them. Of course many are now carbon fiber. Lighter is faster!

After completing the build on the car, with mixed emotions, Gus eventually decided to sell it. In 2010, Gus found a Porsche club driving instructor, who wanted to trade a Porsche 993. The 993 was the last of the air-cooled Porsches, and has become highly coveted. Plus this 993 was a Carrera S, even more special. Today, that 993 is even more collectible.

The Porsche Club instructor, not to be deterred, decided to attend SCCA competition driver school, which according to my understanding he failed.

After a couple years of running the car in some Porsche Driving Education (DE) events, he decided to sell it around 2012. It was sold to a veteran racer living outside of New Orleans.

The veteran racer raced the car for a couple years in some vintage races, but struggled with some issues. The first problem was that the transmission had issues shifting and had to be taken apart by a race shop and adjusted. The previous owner said that the transmission problem had been resolved. The second issue is that he said the car was sometimes hard to start. The third problem is that he said the motor smoked.

When I happened to stumble onto the car on ebay, I was intrigued but very worried about buying a car off ebay located that far away with no inspection beforehand. I talked to Gus and I talked to the owner of the car several times via phone. Gus offered to help in any way he could with the car if I did purchase it. After some stressful days and nights, I put a bid on the car, and won the auction.

I setoff on Friday morning for New Orleans dragging the old steel gooseneck behind me. After getting some rest at a hotel overnight, I rolled into the previous owner’s driveway mid morning Saturday. I inspected the car and everything seemed in order. It was hard to start, but we did get it started. The gears didn’t seem right. I couldn’t find fifth or reverse. An attempt to load it on the trailer was futile. I finally dragged it onto the trailer with the winch and headed back to PA. We arrived Sunday afternoon. 2400 miles in three days.

Gus stopped by later that week and we went over the car. We tried starting it, and it started perfectly. He started looking at the gear linkage, adjusting it, and discovered that the linkage was misadjusted. When you put it in first, it was actually in third. This explained why it was so difficult to drive onto the trailer and why fifth and reverse couldn’t be accessed. Actually fifth and reverse could be accessed, but in the third and fourth plane. After Gus left, I worked on the linkage adjustment some more, and all gears started working.

With all this new found confidence in the car, I decided to take it to the track for some testing. I attended a Track Daze event at Summit Point Shenandoah circuit. Saturday morning I attempted to fire the car, and guess what? It wouldn’t start. I worked on the car off and on the entire weekend, trying different tunes and couldn’t get the car to fire. It would try, but wouldn’t stay running. Gus provided some remote support.

After returning home, Gus stopped by again to go over the car. Fortunately, it still wouldn’t start. We started with the most difficult things. We changed the crank position sensor, swapped out the Electromotive ECU, and started testing injectors and plugs. It seemed like the spark was weak. We changed the plugs, and viola! It started. So at this point, we’re assuming it was spark plugs all along. It threw us off because the car fired right up and ran so well when we looked at it the previous time. We were both assuming it was wiring that had failed.

I have renewed faith in the car. So it will be back to the track for another test day. Once I can determine if the car is sorted, I will attempt to race it in SCCA GT2. Stay tuned…