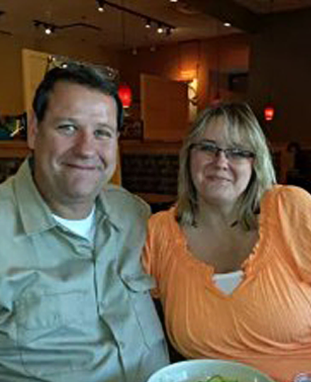 Runs: Mark currently runs Autocross and Hill Climb events. He plans to start running Rallycross this year
Drives: Mark runs a 1965 Cobra in XP. He has a 1990 Escort ready for upcoming Rallycross events
Member Since: The early 1990s

You may know Mark from one of the many SCCA events he has attended, or you may know Mark from his several TV appearances: a Team Leader on the East Coast vs. West Coast of Car Warriors or a guest on Two Guys Garage. If you’ve met Mark, you know it’s hard to miss him. His contagious positive attitude, ever present smile, and his compulsion to jump in and help anyone whether he knows them or not makes Mark one of our better-known members. Mark is normally accompanied by his wife Wanda, son Brendan, and soon to be daughter-in-law Shannah. This family really knows how to bring the fun to everything they do.

When Mark is not participating in or preparing for events you can find him working at his family business The Traveling Builder. The premise of his business is best summed up by their first motto “Build your dream car in you own garage.” Traveling to client’s homes to build their cars has taken him to destinations around the world. While Mark has built all types of cars, he is best known for his Factory 5 Component Car and Kit Car builds.

Whether he is running Autocross, Hillclimbs, or Rallycross one thing is for sure, he will definitely be having fun and making those around him laugh.