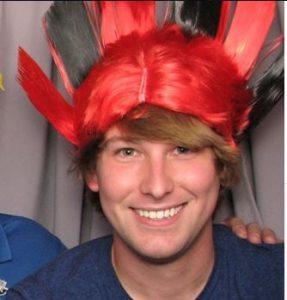 You have probably seen Zach at the registration table or patiently waiting his turn in grid but I bet there are some things you did not know about him. Zach works for a local PA solid wood cabinet manufacturer as their onsite IT professional. In his spare time, he runs his own PC repair business on the side. If you need computer help he is your man.

Zach was first introduced to SCCA in late 2013 by his boss. He took to it quickly and began outrunning his mentor. Although his boss sold his car and quit racing Zach remained in the SCCA scene becoming a full-fledged member in 2014.

Zach started out running his 2005 Mazda RX-8.  Unfortunately the Mazda only had 2 races in her before catastrophic engine failure led to the purchase of his 2011 BMW 135i. The BMW landed Zach in FS Class for the 2016 season. Zach took first place in FS for the year. Always the jokester he accredits this win only to Rob Beers changing class.

Finding the BMW bug bit him hard he ordered a 2017 BMW M2 in May of 2016. Zach took delivery of his new-found love in February 2017 and has not looked back. Zach is now running his M2 in B Street. We look forward to seeing what Zach will do in his new car and class.