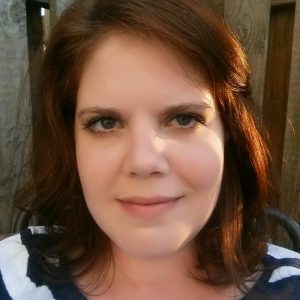 If you have been to any of the Susquehanna Region’s AutoCross events in 2017, you likely ran into Melissa at registration. If you haven’t run into her yet you will soon. Starting this month Melissa is taking over as AX Registration Chief.

Melissa’s auto sports story starts a few years ago when she started co-driving her daily driver, a 2013 Subaru WRX, with seasoned Autocrosser Rob Springer. Although this was a bit intimidating at first, it was his experience and excitement with the sport that inspired Melissa to dip her toes and ultimately get hooked on Autocross.

“After my first event with NEPA, I knew I was hooked,” Melissa said. “I was quickly accepted and really enjoyed the expertise and encouragement I got to soak up from fellow competitors. I never felt like I didn’t belong, even though I was at the back of the pack among veterans.”

Melissa closed the 2016 season with a rather big bang in her hometown with NEPAs final event at Williamsport Airport. The big bang happened when her WRX ended its racing career by blowing it’s ringlands, requiring it to be towed home. With the WRX being off the table for the 2017 season, Melissa and Rob found their dedicated race car, “Monty” the R-Titled MR2 who started his career racing in their home region of Susquehanna.

When we asked Melissa how she likes Monty she said, “Going from a 200+ HP AWD car with a turbo to a 100+ HP RWD mid-engine car was a BIG adjustment. I found out very quickly how you spin a MR2 in a circle, to be honest, I don’t think it was Monty’s first time. The MR2 has taught me a lot, and I have a lot more fun driving it. It’s still a challenge co-driving with someone who has trophied at Nationals, but it gives me something to strive for which has made autocross more enjoyable than I thought it could be.”

Melissa is looking forward to her newest auto sports endeavor. Melissa and her RallyCross co-driver, Kristen Poole, have purchased a bit of a cantankerous 1995 Subaru Impreza with expectations to break into RallyCross this year. After watching her assuredness and ability increase with every AX she completes we can’t wait to see what she will do in RX!