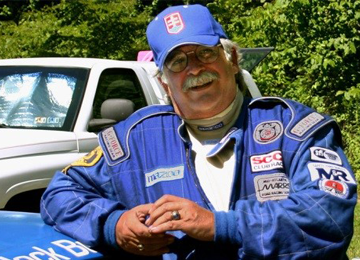 THIS ARTICLE WAS WRITTEN BY JACK BURROWS, AREA 2 DIRECTOR WITH SCCA, INC. SUSQUEHANNA REGION IS AN AREA 2 REGION.

SCCA is in the midst of championship season as I write this. The Solo Nationals have just crowned national champions in Lincoln, racers are gearing up to head for the Runoffs, Rallycross competitors are looking to their championships, and there’s a new national championship event for Time Trials as well.  I was unable to get to this year’s Solo Nationals, which may be just as well because I’m still bowled over by the sheer size and spirit of last year’s event.

On one level, these championship events reflect the scope and range of the Club’s motorsports activities and the people who participate in them.  However, as impressive as these national championships and champions are, we need to remain cognizant of the fact that they are collective tip of the SCCA iceberg.  The majority of us are not competing for national championships.  Rather, we come for the fun and camaraderie of competing with friends and with ourselves in our own chosen type of motorsports.  Regardless of whether we participate in autocross, rallycross, hillclimbs, time trials, or racing and regardless of whether we participate in the driver’s seat or by volunteering in some other capacity, we’re all doing something many in the population at large would dearly love to do.  It’s easy to forget how fortunate we all are to be participants in these things that SCCA regions across the nation do across the spectrum of motorsports.

In this championship season it’s also easy for many to overlook the fact that most of us who participate are doing it purely for the love of what we do at whatever level we do it.  Although championships are undeniably laudable and great, they aren’t on the radar for most of us – and there’s absolutely nothing wrong with that.  I believe that, for all our discussion and debate about national championships, these “lower level” events and the people who participate in them are the backbone of our club.

Regardless of the level of our participation, the important thing is that we participate.  We often talk about membership numbers.  That’s undeniably a proper means of measuring our club and its regions since SCCA is a member-driven organization.  But while growth in membership is a totally legitimate metric by which to measure success, I firmly believe it’s more important for our members to be participants.  I also therefore believe that, while it’s important to reach out for new members, it’s at least as important to encourage them to participate and to provide programs in which they would like to participate as well as the guidance and support to get them involved.

That’s more easily said than done.  However, there are simple things we can do to turn newbies into regulars.  Like many of us, I worked my first race because a friend took me.  I was confronted by an event which was as bewildering as it was fascinating.  There was a multitude of classes with its classes and a linguistic shorthand spoken by people who all seemed to be so much more acclimated to it than I thought I’d ever be.  But I was taken under the wing of a mentor who showed me the ropes, translated the terms, introduced me around, and even called later to invite me back to the next event.  Had it not been for my mentor I would have felt like a stranger in a strange land, and I might not ever have gone back.  That was nearly 50 years ago and I’ve never forgotten it.  Had it not been for my mentor, I probably would have been a short-term member whose participation was sporadic at best, but it obviously didn’t turn out that way – and I’m glad and grateful for that.

Mentoring doesn’t have to be the result of some formal plan.  All it requires is enthusiasm for these things we do, the memory that it was all weird and new to us once too, the patience to guide others through it all, and the ability to introduce them to others.  I still remember and appreciate the various folks who mentored me and got me involved.  I’m still not totally certain if SCCA and my region are better for that, but I know I am.