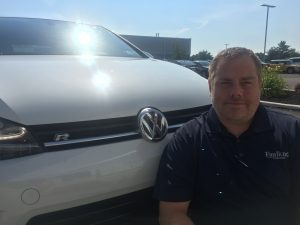 I am sure we have all seen or spoken to Robert Beers on more than one occasion. Always willing to assist or just chat with a smile on his face. It’s hard to believe that Robert has only been a full time member with the Susquehanna SCCA since March of 2015. That’s probably due to his extensive experience in everything car related. When asked what led him to the world AutoCross he had the following to say:

My family has been a car family since before I was born. My Grandfather and Father have both restored national-level award winning cars. As a kid we attended a lot of car shows and with how excited I would get, even as a toddler, my family knew I’d do something with cars when I got older.

I began autocrossing in 2006 and was running off and on from then until 2013, at which time I committed to running full seasons for points. For me, each season has been more exciting than the last as I continue to learn the tricks of going faster, and get to know all the great people that make up the Susquehanna SCCA region.

I also sell cars for a living and have almost always autocrossed the brand of car that I was selling at that time. I’m employed with Faulkner Volkswagen in Mechanicsburg and am able to sell any brand that Faulkner carries, so contact me if there’s anything I can help you with!